The Fire Hall was built in 1914, at which time the community had purchased a Waterous 1912 Gasoline Fire pump. The fire pump was in service until 1958, when it was replaced by a modern fire truck.

The Fire Hall Building served many purposes. In the early years, the Village council meetings were held there. The village constable had a small living quarter in the back of the building and kept the building heated. One room served as a provincial court house. One of the cells was used as a dog pound, with the door still showing the evidence of a dog attempting to chew his way out. The prison cells are still in their original state. In later years, the office space was occupied by RCMP. The public library was also housed in the building for several years, along with a barbershop.

The last man to be hanged in Alberta was held in the Bashaw Fire Hall after he was captured approximately one-half mile south of Bashaw.

We invite and encourage anyone with any information and/or artifacts that would complement our museum to please contact us.

You can read more on the Bashaw Fire Hall.

The Fire Hall Museum is open Wednesday to Saturday from 10:00 am-4:00 pm during the summer months. 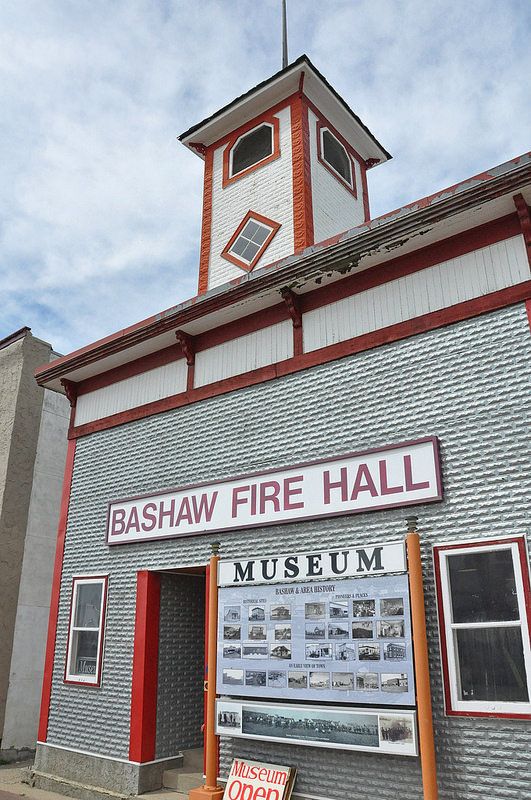